Greg Orick Marine Construction knows that utilizing rip-rap instead of a seawall can create a beautiful estuarine community. Rip-rap is an environmentally friendly alternative to seawalls. It is made up of rocks used to armor shorelines, stream beds, and pilings. It creates a safe environment for oysters, crabs, fish, and mangroves. Not only is rip-rap eco-friendly but is much more aesthetically pleasing than a seawall, is less costly, and requires less maintenance. If mangroves are already present along a shoreline, rip-rap can even be placed among the roots allowing enhanced protection without mangrove destruction. Even putting rocks in front of an existing seawall will alleviate some of the environmental impacts of a seawall while lengthening its life by reducing scouring effects at the base of the wall and decreasing the energy of waves pounding into it. Rip-rap is something we are passionate about, and Greg Orick Marine Construction knows what it takes to build a strong, stable shoreline. 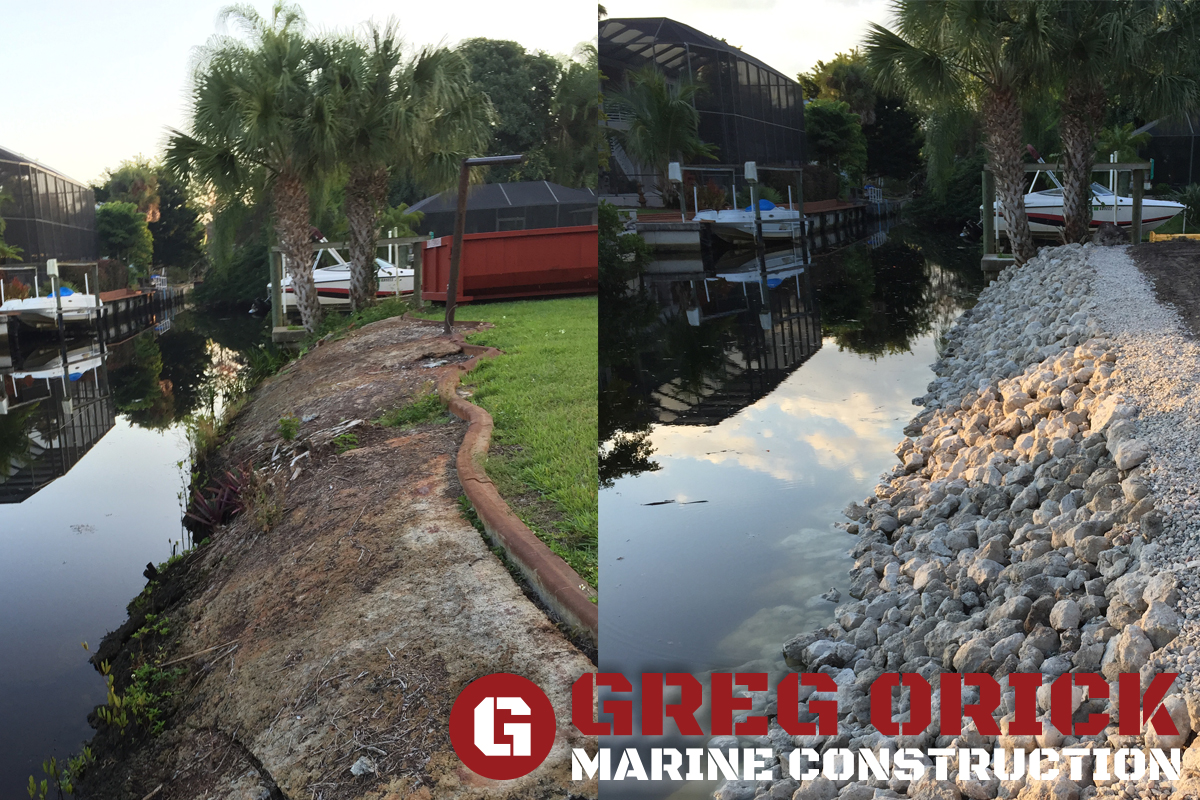 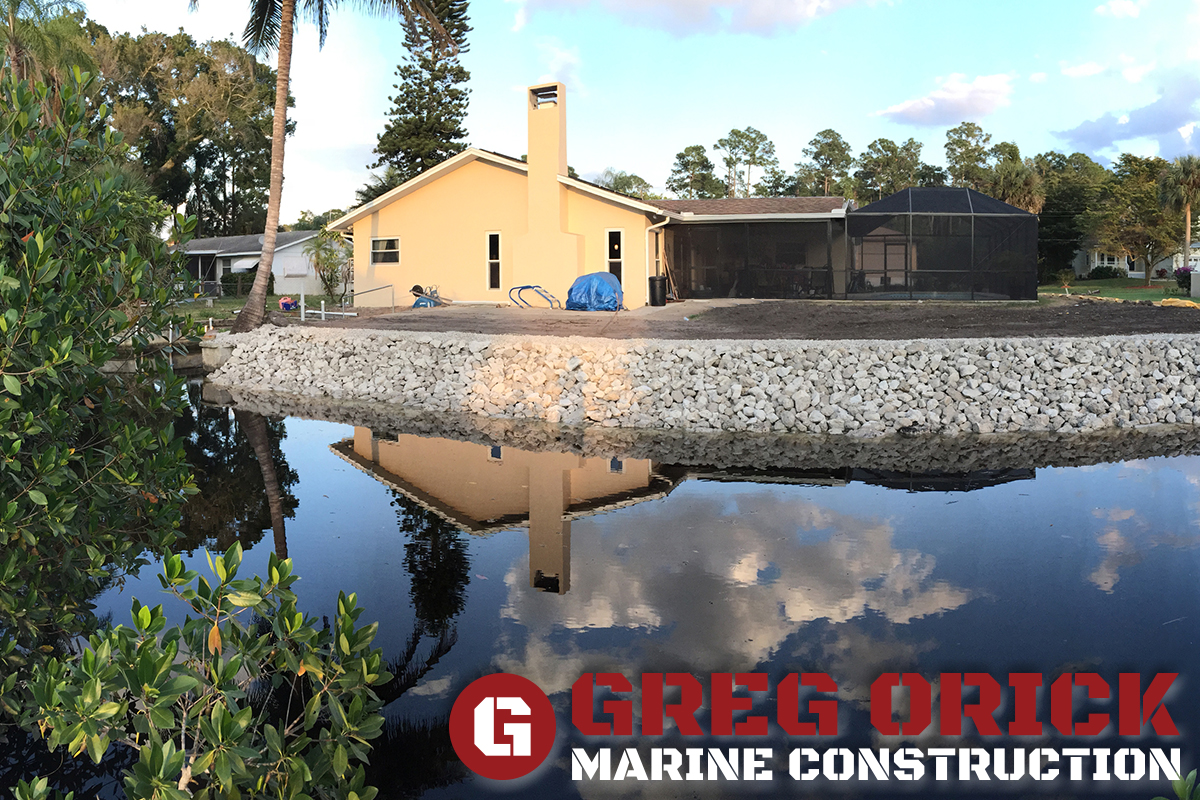 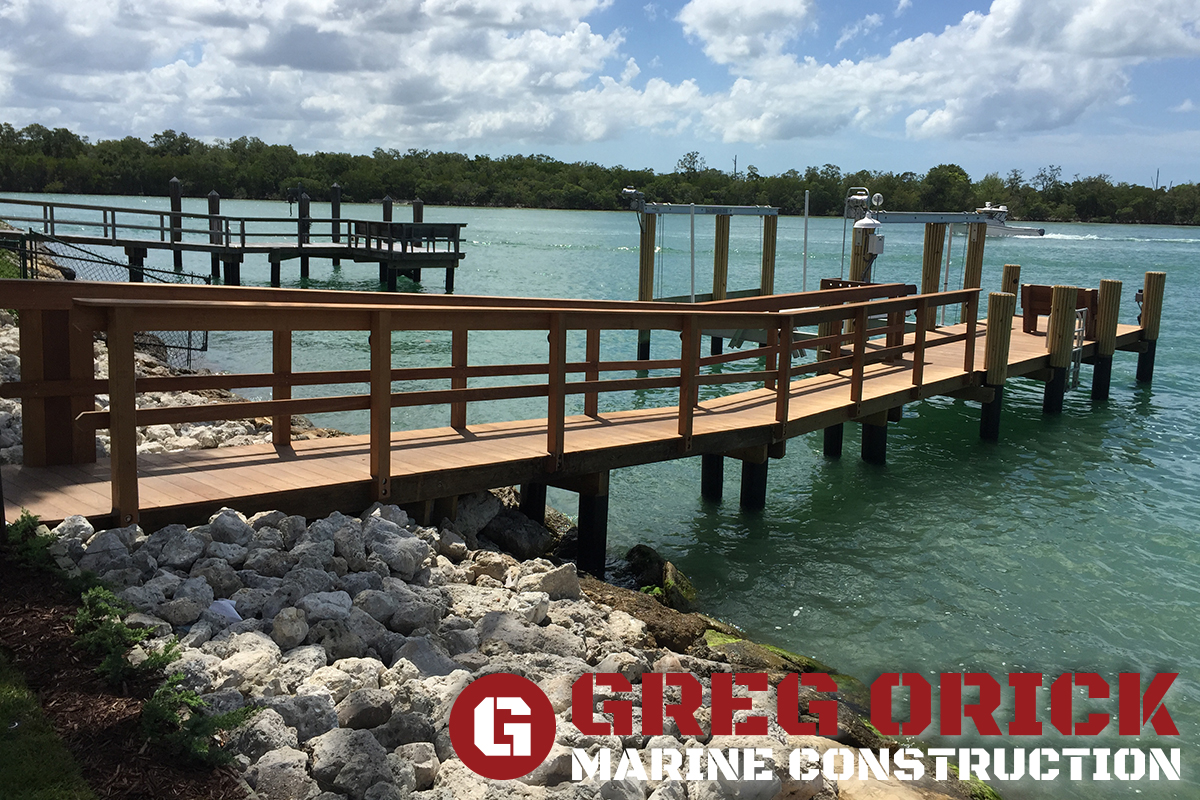 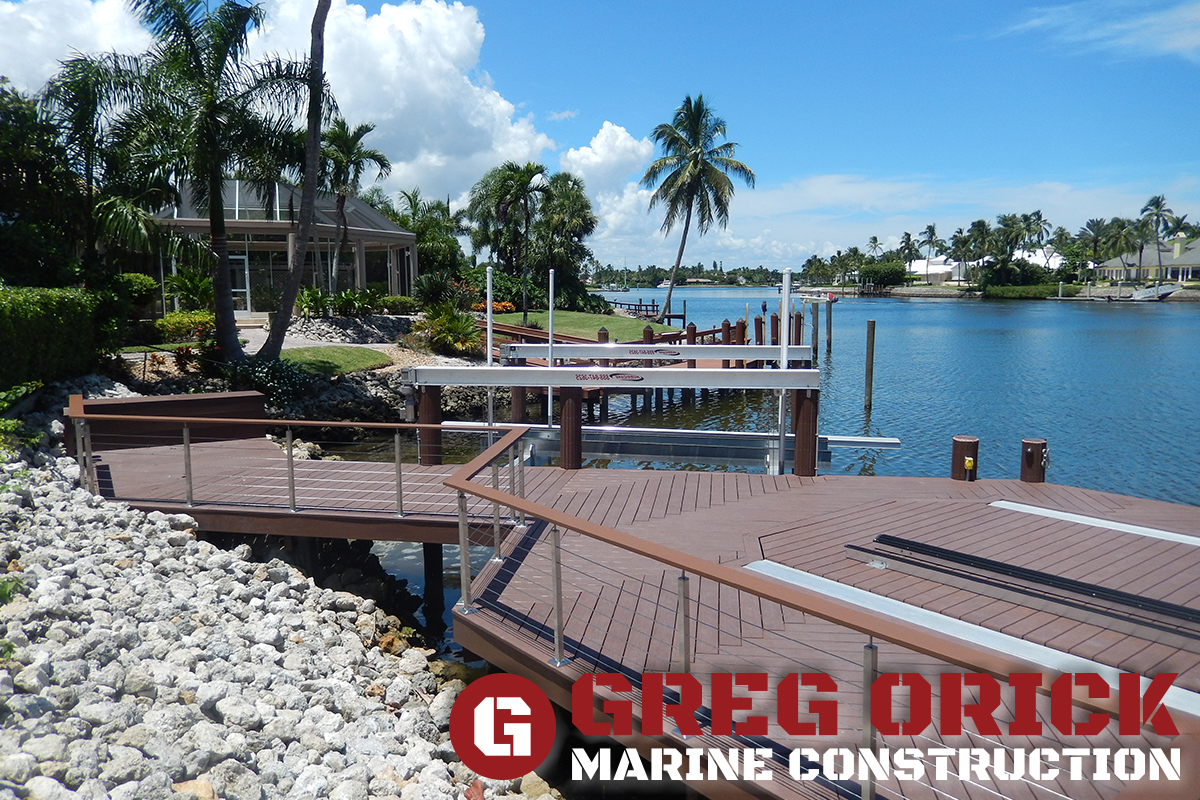 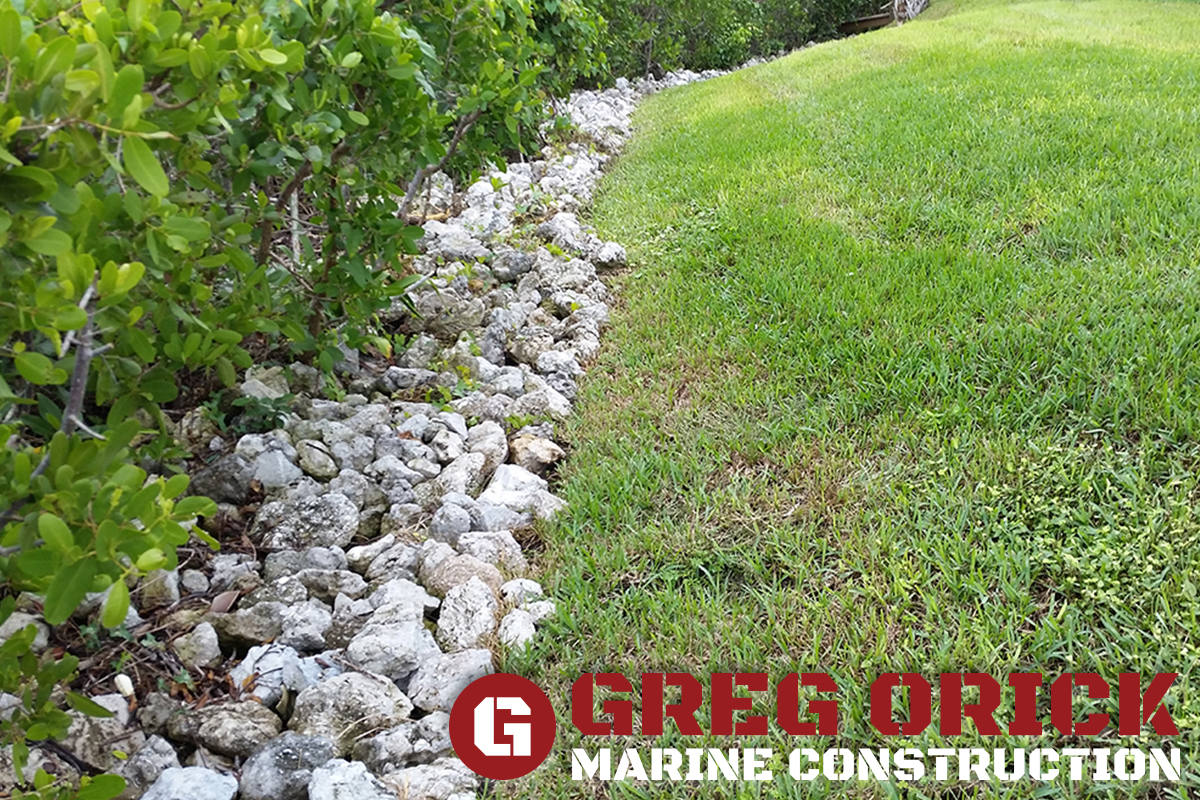 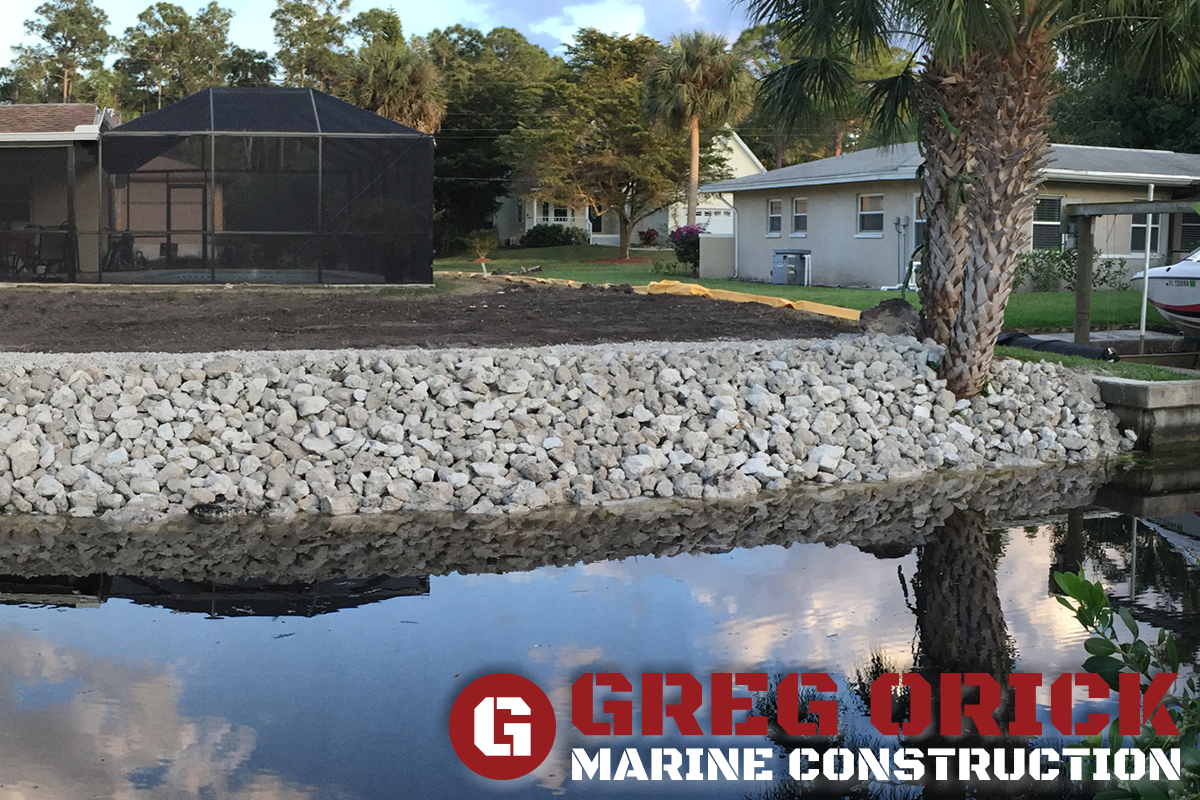 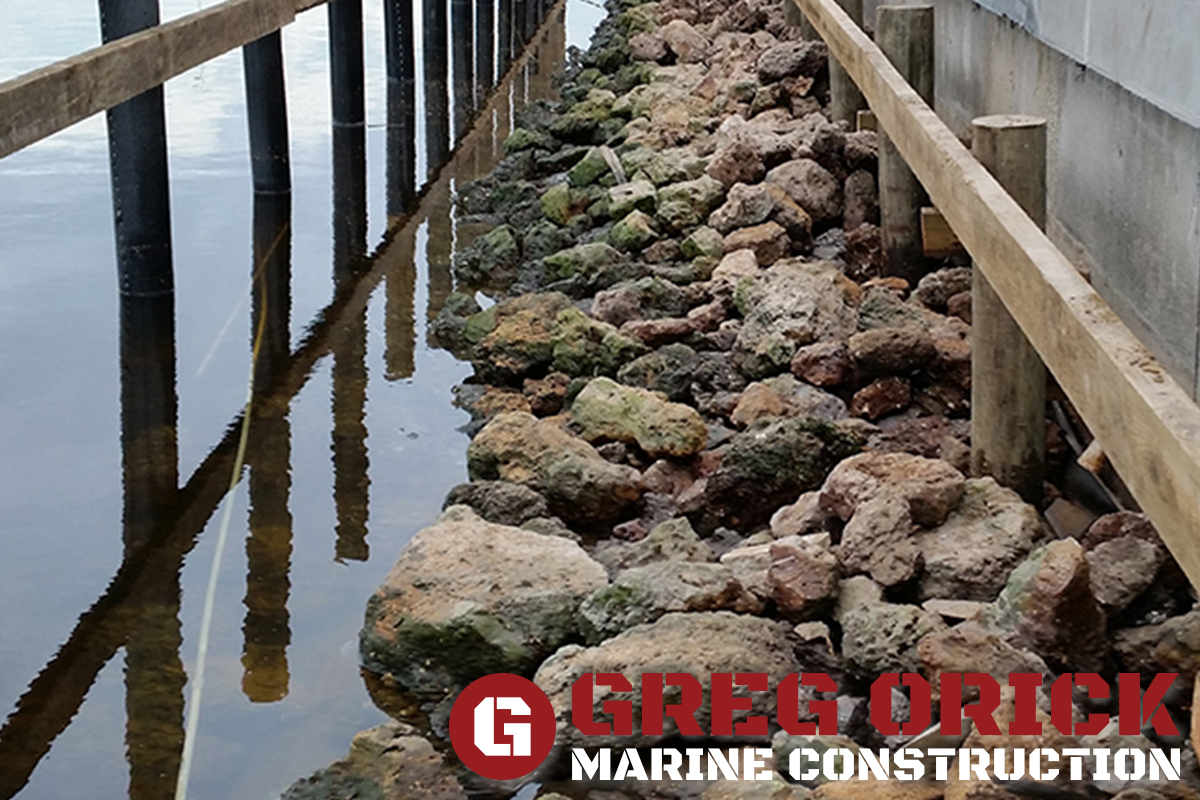 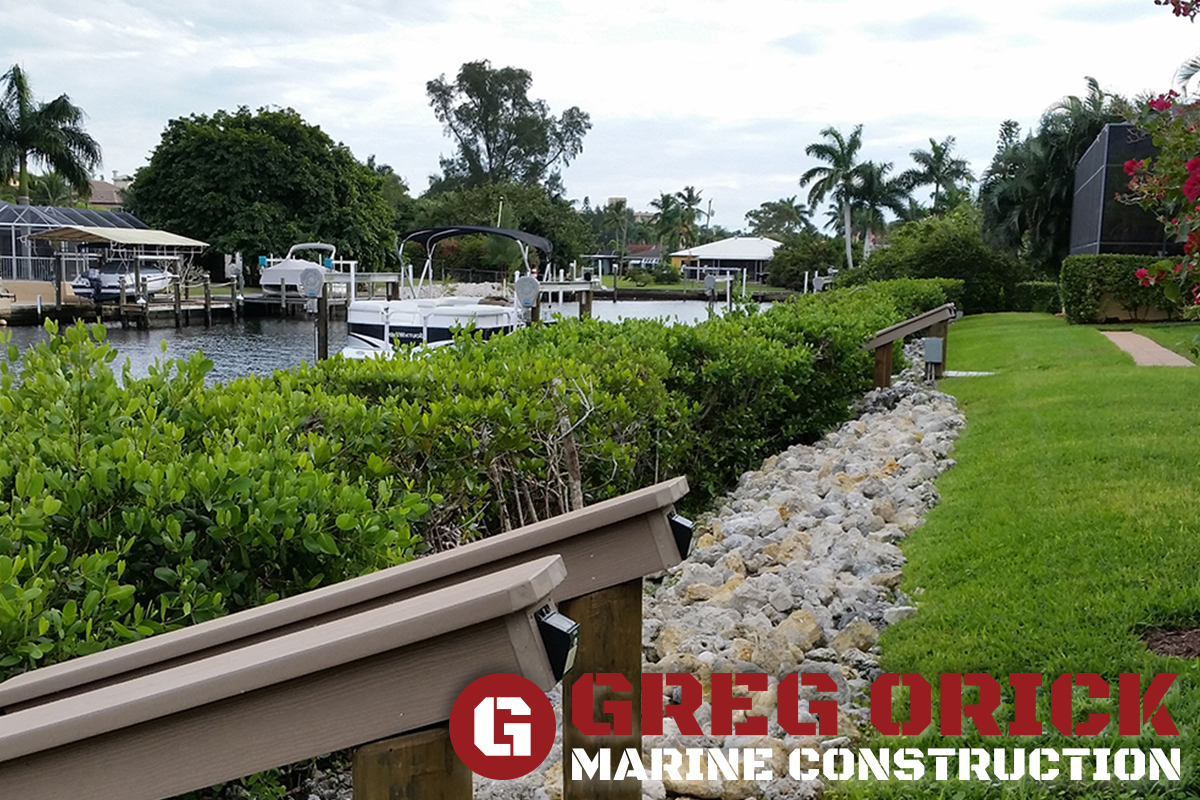 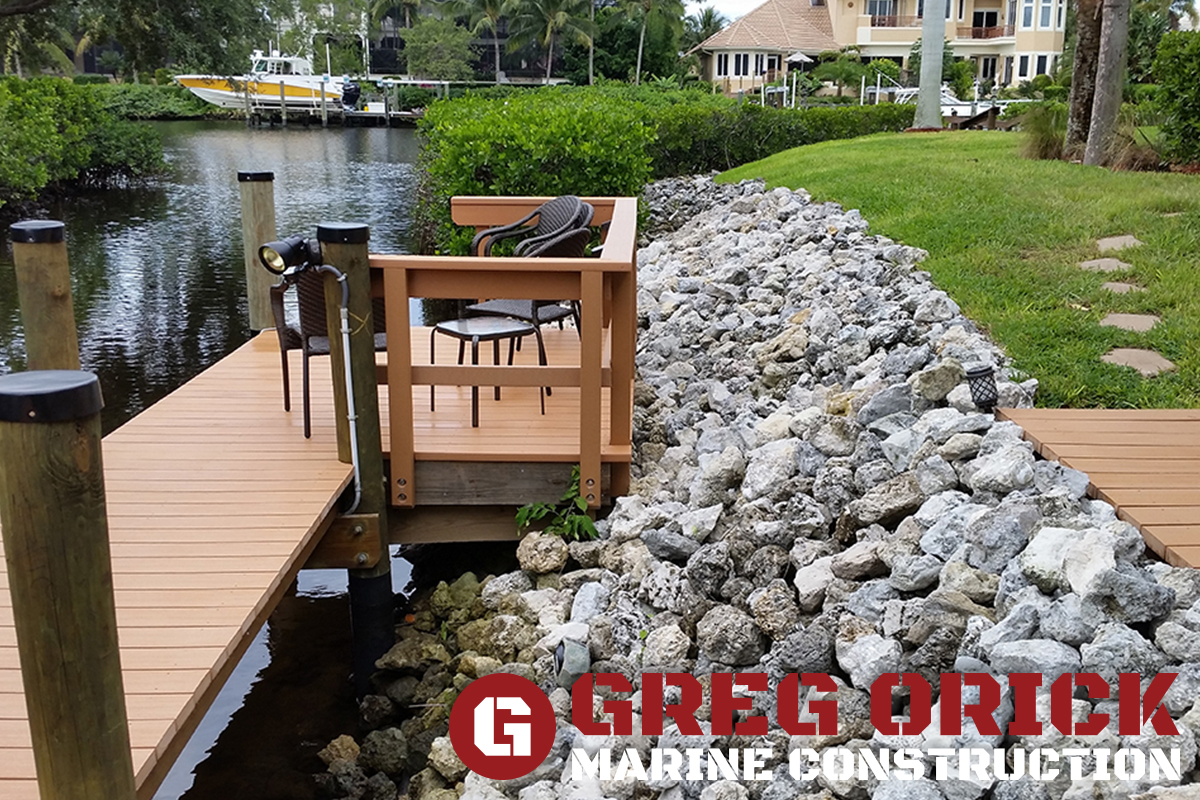